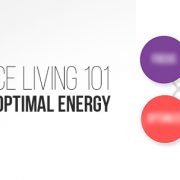 After years of working with achievers, there is one thing that holds true. With rare exception, every one of the entrepreneurs, business professionals, business owners, executives or managers that we have worked with, ALL wanted to have more personal energy, and more time to get their energy back after intense outputs of life force.

That is, a universal desire and its the reason why this year, in Performance Lifestyle training, we are including Performance Living 101 – The Secrets of Optimal Energy.

We are also recommending you learn The Energy Blueprint by Performance Lifestyle Advisor Ari Whitten.

There is also a sister truth to that finding, and it reveals the essence of a bad habit and what you’ll want to learn as early as possible in the new year.

All sub-par lifestyle habits are to a significant part “poor” because of a low grade (in some cases high grade) fatigue that creates performance anxiety. Combine that fear and the desire for pleasure to cover it up (usually based on bad habits established by the market) with the lack of a strong, knowledge-based routine that ensures you’ll maintain optimal energy levels, and you have a real challenge.

Poor energy leads to lack of a capacity to process information, to decide and act optimally. This is the etiology of a poor habit.

That making of a bad habit is not surprising, An excellent and typical example is how we see today’s driven, goal or success-oriented person carrying a cup of coffee, almost as if it was a mainstay object on their person, like a watch or an iPhone.

See how the above model holds up and plays.

END_OF_DOCUMENT_TOKEN_TO_BE_REPLACED 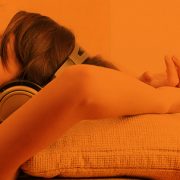 One of the key things I do at the end of each year is taking a break or at least slowing way down. I dramatically reduce my stress levels, for like two weeks, and not at the very end of the year — meaning, not after I’m so wiped out tired after the end of the year closeout, but slightly before.

I’ve done this for years with few exceptions, and last year, I was reminded of why it’s so important.

In December of 2014, I was flying fast in November and December and just kept pushing harder and harder. I had big goals to hit in 2015, and I was not going to be denied.

Yes, I had my stories, and they were driving me harder than usual. We were launching a new product line called Superfood Infusions™(which will now be available at PerformanceLifestyle.com in 2017), and it was the first time my company had ever launched a natural product.

For years, clients had asked me to produce products that helped them eat a whole-foods, plant “based,” (not necessarily vegan) nutrient-rich diet (I know, great eating requires lots of descriptors) and this was one of my biggest challenges to date.

I was preparing for a big talk to a national organization, and my adrenaline was running high. Well, I think it clouded my judgment because by-the-time the clock struck 12:00 on January 1, I was so wiped out tired, I couldn’t even think straight.

I was not the best way to start a New Year, because in January when you want to ramp up, you have slow down to recuperate.

You know what happens next. Tired, I was not present, I was preoccupied, moody and the like; and the sheer thought of ramping up to speed in a New Year felt daunting.