You are here: Home / Energy

The world of business is evolving at an ever faster pace; it is up to entrepreneurs, business owners, and high-growth leaders to be selective about where they place their attention, and to make solid life/workstyle choices to stay strong and sustainable.

Events and conferences are always a great way to blend work and networking. But sometimes an event comes around that can dramatically improve your life and business for the better—forever.

Here are 7 reasons why the Performance Edge Experience™ can take your entrepreneurial journey to new heights.

7.  Regenerate—and enjoy. You’ll have fun and renew yourself with a transformational yet restorative day that will prepare you for the journey ahead!

Learn more about the Performance Edge Experience at www.performancedge.eventbrite.com 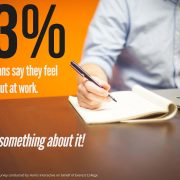 Performance Living 101, the precursor to living a balanced and healthy performance lifestyle, says… you don’t want to be distracted and held back by hidden challenges created by your own lifestyle. In a Performance Lifestyle, we master the lifestyle mindset and skill set to achieve our real goals in life and business… it’s about waking up to be successful every day so pay, for instance, is ultimately not an issue.

According to Susan Adams some 83% of American workers say they feel stressed out by their jobs, up from 73% a year ago, according to a new study by Harris Interactive for Everest College. The No. 1 reason workers feel stressed, according to the survey: low pay. This is the third year of the survey and the third year that less- than-adequate paychecks were the top stressor for workers. The study was conducted by phone among 1,000 adults between Feb. 21 and March 3.

While pay was the biggest source of stress last year, the percentage of workers who pegged it at No. 1 rose this year, from 11% to 14%. This year unreasonable workload also ranked as a top stressor, with 14% saying they had too much to do, up from 9% last year. Annoying coworkers and commuting tied for the next-most-stressful parts of the job, at 11%. The next-worst stressor was working in a job that was not the person’s chosen career (8%), poor work-life balance (7%), lack of opportunity for advancement (6%) and fear of being fired (4%).

“More companies are hiring, but workers are still weary and stressed out from years of a troubled economy that has brought about longer hours, layoffs and budget cuts,” said John Swartz, regional director of career services at Everest College, in a statement. Though the unemployment rate has ticked down to 7.6% from 8.2% a year ago, the picture for people who might want to look for a new job hasn’t improved. As of January 2013, according to the Bureau of Labor Statistics, there were three unemployed people for each job opening, roughly the same number as a year ago.

END_OF_DOCUMENT_TOKEN_TO_BE_REPLACED 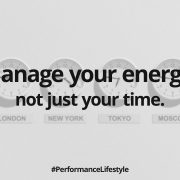 There’s been a popular mantra surfacing in the past 10 years or so: “Manage Your Energy, Not Your Time.” It’s a major step in the right direction and it lifted the lid on the need to focus on personal energy management, but it’s flawed. One doesn’t manage their energy or their time, they manage both. END_OF_DOCUMENT_TOKEN_TO_BE_REPLACED