You are here: Home / Spirit 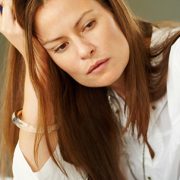 Things are going great; it’s the New Year or any given week for that matter. You’re feeling awesome, productive, rolling. You feel like you’re the epitome of fluid, forward movement. Then, things start to slow down. The workout consistency starts experiencing longer than usual intervals, decision-making slows, anxiety increases, your out-of-the- gate productivity of the year, the week, the day starts slowing, and your routine is starting to feel out of whack.

Then, things start to slow down. The workout consistency starts to fade; you’re experiencing longer than usual intervals, decision-making slows, anxiety increases, your out-of-the-gate productivity of the year, the week, the day starts slowing, and your routine is starting to feel out of whack.

And then, the dreaded routine begins. You start eating to feel better and more for that matter; no-thought social media distractions are at least keeping you feeling busy, the harder work items are now starting to get put off, and you’re opting for easier tasks. It’s just too much for you at the moment, and now your stories about how stressed you are, start their rise.

Nothing is wrong with you, but going wrong it is. Not in the sense that what you’re doing is wrong, but how you’re going about it.

You are building energy debt because you’re driving yourself too hard, blowing not just through your energy, but morese your bodies capacity to regenerate it fast enough. No, not the energy you’ve eaten, it would take some time before that happens, rather, the electrical energy you’ve previously charged and need to charge to “function.”

This is really beginning to affect you as your energy levels are sinking low, and so’s your spirit. The feeling is fatigue, like you’re tired all the time, even if you slept 7-9 hours last night. It’s making you feel like something is wrong with you, which begins it’s own cascade of symptoms.

If you don’t catch it here and now, and you make this personal, it can decimate your week or longer, or more than just your productivity. It can seriously affect your wellbeing and that of others. So you must always deal with energy debt.

You can’t see this problem, or readily measure it; you can only experience it. It’s subjective, and it feels horrible, particularly because you don’t know what it is. You don’t feel good, and the medical world, the nutrition world, and the supplement world amongst likely others are ready to pounce.

You are in energy debt, more commonly known as sleep debt and it can’t be, never has been and will never be solved by medicine, nutrition and supplements in whole, and only potentially in part. A small part. It’s caused by a variety of in-parallel factors that are have inadvertently conspired to create your current state, like a tornado or a presidential election. The perfect conditions.

What makes this potentially worse, is that the people around you won’t know what’s going on, and will only say you’re not motivated enough; even though down deep they too have experienced this, and may even be in the throws of it as they critique you. If they have a vested interested in keeping you going, that review may be particularly harsh.

You need to know what’s going on so that you can effectively handle this insidious position you’re in that underpins all your health and performance initiatives.

So what’s the solution?

For starters, understanding the problem is first. Becuase this will happen over and over again if you don’t understand the problem you are trying to solve.

Is it just a matter of getting more sleep?

No. It helps for sure, but there are several other factors.

What makes the difference between just sleeping more and renewing your energy so that you’ve got enough juice (it’s pretty likely you’ve got plenty of fuel), to have an amazing first 100 days of the year?

For athletes and other balanced and healthy, high performers or achievers, sleep is only one aspect of their means to regenerate their energy. They have a full strategy to deal with the exceptional levels of life force they’re generating each and every day.

Simply put, harnessing and maintaining their energy is priority numero uno, because everything else in their life depends on it.

Peak performers and the wellness elite have more sophisticated methods for maintaining energy their energy levels than most people realize, and they reap the benefits in their lives every day.

Matter of fact, if there is one thing they all do, they master their energy–they power their lives and their success with an optimal energy strategy, enjoying the intellectual edge, well-being, confidence, and emotional resilience that only a person living with optimal energy levels can experience.

Now, if it seems I’m giving many high performers too much credit you may be right; just understand that I’m talking about healthy, high-achieving people. These people have performance lifestyle’s and these people I am not giving too much credit. They take this stuff seriously.

First, they understand the science of overcoming fatigue and building real energy. We are committed to respecting science here at Perforamance Lifestyle Inc as are our Advisors such as Ari Whitten who spearheaded the science of superhuman energy in a great way. We recommend you take this course asap.

You see most people are living at a significant disadvantage — they are paying a substantial interest on their growing energy debt in lost health, productivity, quality of life, and personal (yes it’s business) performance!

This living over your bodies capacity to regenerate is coming at a cost not only regarding the time that it will take for you get back into balance, but it’s negatively affecting the biological machinery that embodies that process.

What is energy debt?

Here at Performance Lifestyle, we recognize the idea of sleep debt, but speak more to energy debt, which is that far broader term, and it’s a condition that is only partially influenced by a lack of sleep.

END_OF_DOCUMENT_TOKEN_TO_BE_REPLACED

We all instinctively know that it’s important to manage our energy, yet few of us have learned how to do so proactively for better wellbeing, health and performance. Also, the best result of all, higher achievement.

Managing your energy enables you to optimize the quality of your life by purposely recuperating, utilizing and investing your energies in ways that are efficient, and bring about better health, new levels of success and well-being for you and others.  By taking responsibility for your energy levels and deliberately directing it into your activities and work, accordingly you can make steady progress toward looking, feeling and performing better and achieving your goals.

It takes vitality for success.

The honest answer is, it depends on what your goals are for any particular period of time, and your current energy levels. It also depends on a number of other factors including: your ability  to restore and invest your energy successfully, your mental awareness,  the emotional feedback you receive, your physical capacities, your relationships, available support systems and your ability to leverage specific circumstances your life provides.

When you see life from the standpoint of managing your energy for performance rather than simply recuperating the energy you use each day, via sleep, which is great in and of itself; you will greatly enhance your performance capabilities.

There is a whole new context for energy management awaiting you.

The world of business is evolving at an ever faster pace; it is up to entrepreneurs, business owners, and high-growth leaders to be selective about where they place their attention, and to make solid life/workstyle choices to stay strong and sustainable.

Events and conferences are always a great way to blend work and networking. But sometimes an event comes around that can dramatically improve your life and business for the better—forever.

Here are 7 reasons why the Performance Edge Experience™ can take your entrepreneurial journey to new heights.

7.  Regenerate—and enjoy. You’ll have fun and renew yourself with a transformational yet restorative day that will prepare you for the journey ahead!

Learn more about the Performance Edge Experience at www.performancedge.eventbrite.com 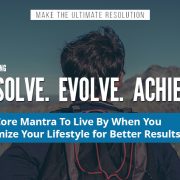 The world is abuzz in the month of January about the correct way to set New Year’s Resolutions and achieve our goals in 2016.

Reading articles, attending a webinar or participating in a program on how to best achieve your goals throughout the year is a great idea because it’s the fine-tuned distinctions in how we see and approach things that can make all the difference in the world. There is so much good information and opportunity available. It can save you time, money, and your quality of life. It’s also relevant to achieving your goals in life, business, a sport or creative endeavor.

Two people I know who do great goals training for your best or greatest year ever are Michael Hyatt and Brian Johnson. Check’ em out. We often refer to Brian Johnson in many capacities because he does such a brilliant job of publishing Philosophers Notes on some of the best books on optimal living available.

As a transformational, performance education and training company; in this first post on the new PerformanceLifestyle blog and podcast feed we’re talking about just that; achieving our goals in the year ahead. After all, that’s what we naturally wake up to do every day as parents, driven business professionals, managers in high growth organizations and as entrepreneurs who are at the early stage of growing our businesses. We all want to learn how to maximize our potential and the potential of those whom we work and live with to build a strong foundation right from the get-go. The question is more about how we do that?

Resolutions could not be a better place to start our conversation and learning.