Decision-making is a vital, inescapable part of our lives. We make hundreds of personal and professional decisions on any given day, but how do some people make better choices than others?

Why do some leaders just seem to have it all together, while others make one bad decision after another?

Right decisions breed success, energize staff, and build leading companies. Bad decisions promote mistakes and failure. The worse you make them, the less likely that you will build a great organization.

Many factors play into individuals’ decisions, such as:

The lists go on and on. Then, dump all those personal and company variables into a blender and mix them up with a variety of personalities. Because of all the possibilities, a business decision made one day may have a radically different outcome the next.

Now thanks to technological advances like Internet, emails, text messaging, blogs, etc. they have made decision-making more immediate but also more complex and challenging.

So while technology, genetics, and environment play a role in helping us make good decisions, and it is possible to learn effective decision-making because it is an art learned over time through trial and error.

The one thing you the business owner or a professional must remember, though, is that your personal energy level plays the greatest role of all especially when it comes making crucial business decisions.

It’s because of all of that ‘processing” above; if it’s going to happen well, it depends on having enough vital energy.

Let us take a look at this case study below:

In a research study published by the National Academy of Sciences, psychologists examined the factors that impact whether or not a judge approves a criminal for parole

The researchers examined 1,112 judicial rulings over a 10-month period. All of the rulings were made by a parole board judge, who was determining whether or not to allow the criminal to be released from prison on parole. (In some cases, the criminal was asking not for a release, but rather for a change in parole terms.)

Now, you might assume that the judges were influenced by factors like the type of crime committed or the particular laws that were broken.

But the researchers found exactly the opposite. The choices made by judges were impacted by all kinds of things that shouldn’t have an effect in the courtroom. Most notably, the time of day.

What the researchers found was that at the beginning of the day, a judge was likely to give a favorable ruling about 65 percent of the time. However, as the morning wore on and the judge became drained from making more and more decisions, the likelihood of a criminal getting a favorable ruling steadily dropped to zero.

After taking a break, however, the judge would return to the courtroom refreshed and the likelihood of a favorable ruling would immediately jump back up to 65 percent. And then, as the hours moved on, the percentage of favorable rulings would fall back down to zero by the end of the day.

This trend held true for more than 1,100 cases. It didn’t matter what the crime was — murder, rape, theft, embezzlement — a criminal was much more likely to get a favorable response if their parole hearing was scheduled in the morning (or immediately after a food break) than if it was scheduled near the end of a long session.

SO WHAT IS GOING ON HERE??

Are the judges intentionally being malicious? Or don’t have enough willpower?

After all day of ruling on case after case, whatever the judge merits, he got worn down or fatigued. When he came in the morning, he had a night of sleep from the previous night, so he was able to make decisions and attention but as the day started to wind down without enough breaks his ability to decision-making powers go down.

Think of it as our phone battery, if you only charged it in the morning and you used it all day, how long do you think a phone will work?

Once the judge reaches this fatigue level, he starts to suffer from decision fatigue meaning he can’t make the right choice so; he will either deny the parole request or the change to probation terms.

That makes sense, when you are tired, and you have been making decisions all day because you have so much demand on your body mind- it’s easier just to say no and keep everyone locked up than it is to debate whether or not someone is trustworthy enough to leave prison.

At the beginning of the day, a judge will give each case a fair shot. But as their energy starts to fade? Deny, deny, deny.

Here’s why this is important for you.

Do you suffer from constant fatigue?

You are always making and acting on decisions from morning to dawn, all of that leads to energy drain if you haven’t rested enough and by the time you come home and settle down- your brain only wants to sit on the couch and binge in front of TV. It’s the reason why many of us make unhealthy and unproductive choices — even when we know we should do better?

This sort of fatigue can make quarterbacks prone to dubious choices late in the game or CEO to get angry at colleagues.

No matter how rational and high-minded you try to be, you can’t make decision after decision without paying a biological price.

Virtually no amount of will power or motivation can get you through this, this rule applies to someone who is dieting too. If they are suffering from burnout or chronic fatigue or spending all day in energy output at the end of the day, it is difficult for them to control themselves. It’s not that they don’t care, it’s that in a state of fatigue, it just doesn’t matter.

People will almost always side with a pleasure stimulating experience when they are tired.

Here’s what you can do.

As a professional, you can’t afford to make dumb decisions. Here are a few good tactics. 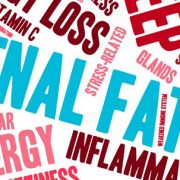 Adrenal fatigue is not the cause of low energy 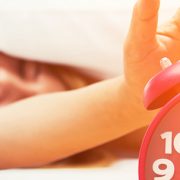 Why You Experience Constant Fatigue
0 replies

Want to join the discussion?
Feel free to contribute!

5 of the Biggest Insights I’ve learned in My Work as a Performance Lifestyle...

The Myth of Motivation Part One
Scroll to top